I am going to ask you to stick with me on this one, I promise this relates to you and accounting but it takes a little side trip to get there.

Tiger Woods won The Masters this weekend.  For those who do not follow golf, this matched the longest time between major tournament wins ever at 11 years.  Many people know Tiger more for his mistakes over those 11 years than for his dominance of golf.  Between 1997 and 2008 he won 14 major tournaments.  He did this in large part by being more physically and mentally fit than his competitors.  If you look at most of today’s top professionals, they follow his formula.  In his prime Tiger was feared by his competitors in large part because once he was in the lead he didn’t look back. 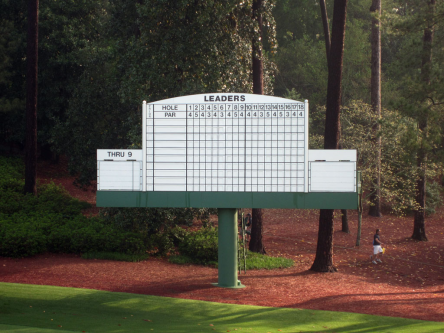 This weekend was different, it was the first major he ever won when he was not leading going into the final round.  It was also the first time he went into the final round with a plan to let the others make mistakes and then to capitalize on them.  Watching him navigate the course it was striking that he no longer hit the longest drives and rarely showed any emotion.  In short Tiger changed and found a new way to win.  He used his knowledge of this tournament and his personal history to manufacture a win.  The other contenders grew up watching Tiger when he was dominant, and I guarantee when they looked at the leaderboard and saw him lurking it got in their heads.  Golf tournaments tend to be pretty reserved events, but 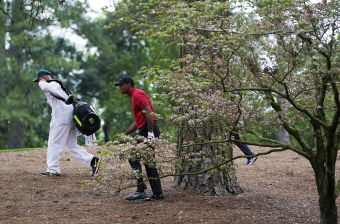 when Tiger plays well the crowds are so loud that everybody knows what is happening.  It is another mental tool that Tiger used to his advantage this weekend.  His win was not easy, he played a great round and fought through some bad holes to win by a single shot.

Perhaps the most poignant moment of the win was watching Tiger walk to the clubhouse and hug his kids.  In 1997 when Tiger won his first major, also at The Masters, he walked up the same hill and hugged his dad.  These were two people who dedicated their lives to the game of golf experiencing the highest of possible highs.  Seeing Tiger finally be able to share that same moment with his kids was touching.

At this point you are probably thinking how does this relate to me or accounting and holy cow Allen is a huge Tiger Woods fan.  I will get to the connection shortly but want to admit that I really don’t like Tiger.  For me he never seemed to enjoy what he was doing, when he won it still didn’t look like he was having any fun.

So how does this relate to accounting?  Much like golf, accounting is evolving.  Golfers have become more physically fit and are able to hit the ball much farther than ever before.  Similarly, accountants are doing much more today than they did in the past.  Software leverages what accountants do to help you create more value, much like today’s golf clubs help golfers hit the ball further.  In both cases technology is advancing, but you still need people with the core skills to take advantage of the opportunities.

The Annual Meeting this year is focused on Agents of Change.  As we talk about all the things that are changing and the impact they will have, we also need to remember the core service we provide continues to be trust.  We can use new technology to provide better information, but we must make sure that information is correct.  Golf and accounting have been around for a long time and while they both evolve over time the core remains the same.  In golf you try to put the ball in the hole using the fewest shots, in accounting you provide information and advice that people can trust.

Click here to learn more about the 106th Annual Meeting.